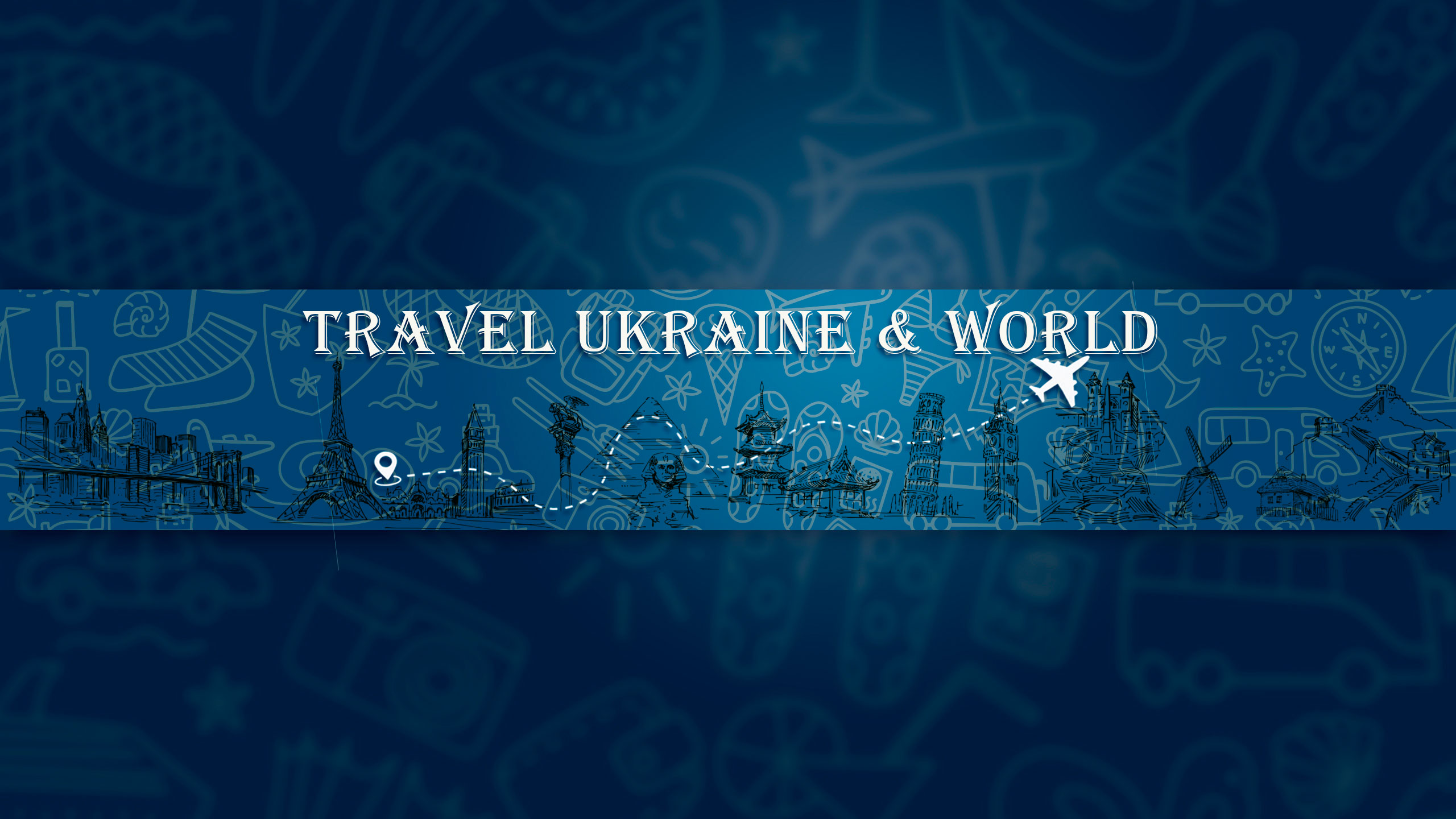 The name Dilove is mentioned in documents from 1901, and was officially renamed in 1946. Before that, the village was called Tribushany (mentioned in 1615), because according to local legend, three Bushan brothers lived here. And they started calling it Business because “business people” lived in the village. 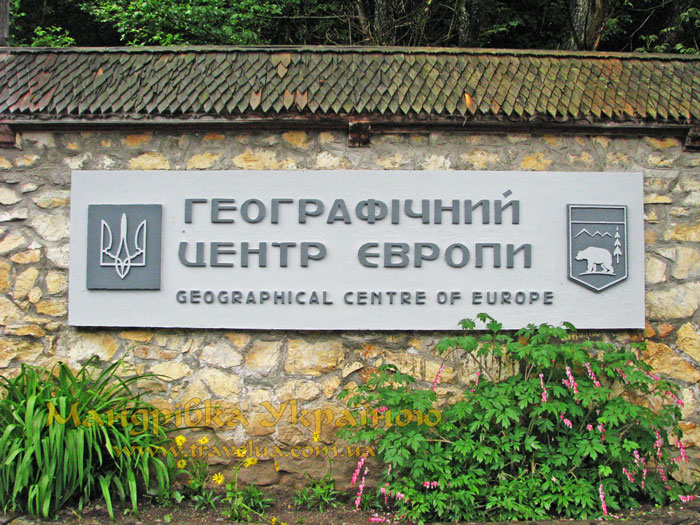 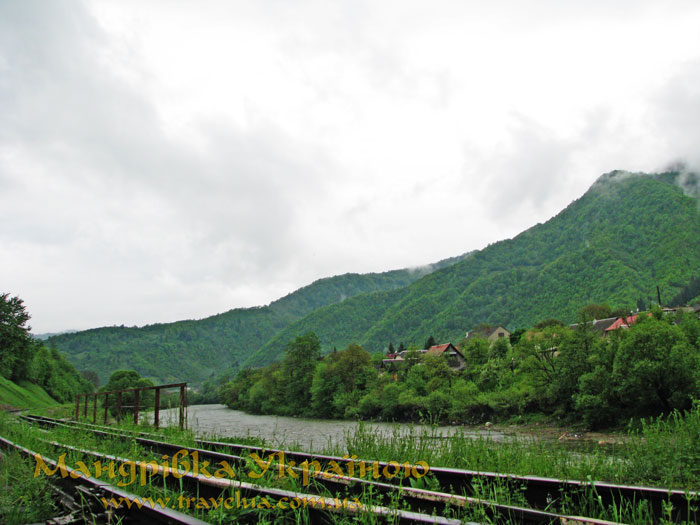 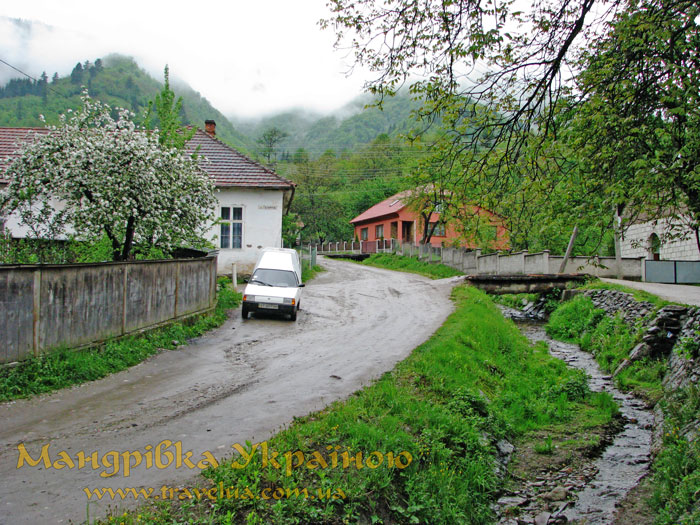 In general, Dilove was formed by the merger of two villages – Trybushan and Bilyi Potok.
In the 19th century. iron ore was mined in the rocks of Dovgarun mountain. Medieval galleries have survived to this day.
In 1861 a glass-blowing plant was built in the village.

In the 19th century. The business was inhabited by Poles, Czechs, Germans, Slovaks, and Italians, who laid a railway line for Austria-Hungary in the mountains.
According to the 1935 census, the village was inhabited by 1,000 Ukrainians, almost 300 Jews, 200 Hungarians, 60 Czechs, and 70 people of other nationalities.

There are four churches in the village.

Wooden church of the Assumption of the Blessed Virgin in Tribune, 1750
According to the legend, the church was built on the place where the bell of the lightning-damaged chapel from the Maly Poderey tract fell.
The church was closed in 1949, and a local history museum has been operating here since the 1960s, protecting the building from alterations and preserving its original interior. 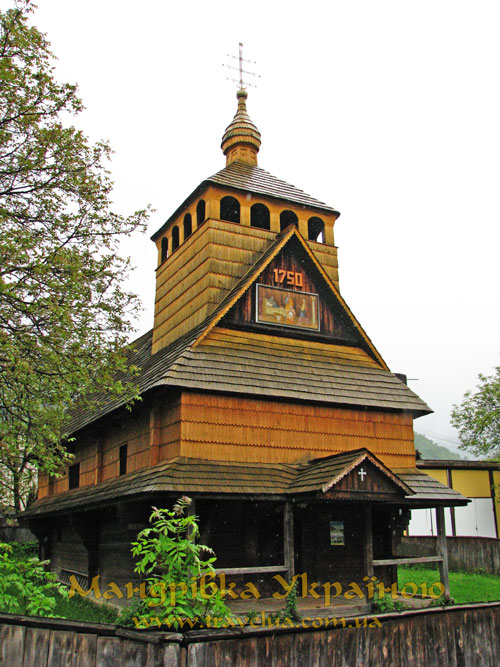 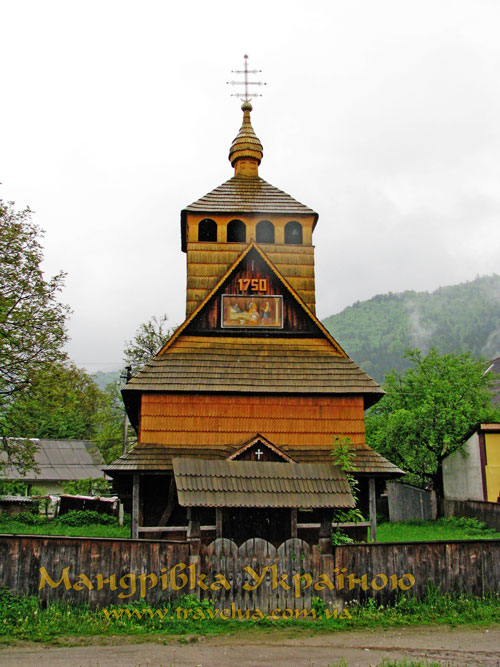 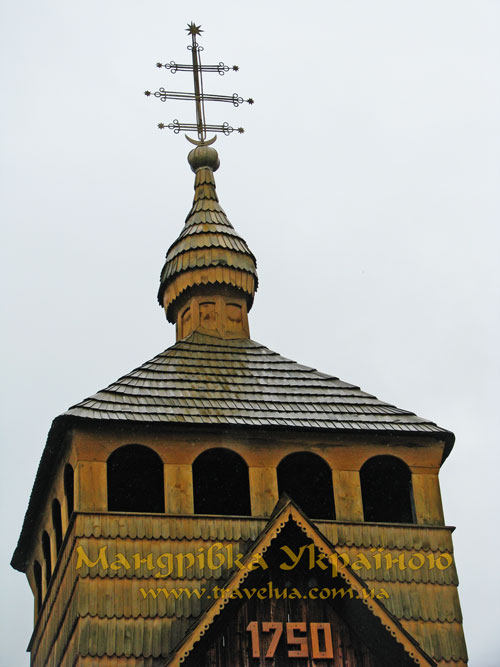 In 1995, the church was given to the local Greek Catholic community and rededicated on the Nativity of the Virgin.
The facade of the building was restored by the faithful and concerned villagers.
Nearby is a new brick temple.

Peter and Paul Church,, 1860, is located on the opposite bank of the Tisza near the Belopotok cemetery. The fourth church of Dilovy is a chapel of the 1990s, which is used by the Roman Catholic community of the village.
There is also a marble quarry in Business and this is where the tourist routes to Mount Pip-Ivan begin. Before going to the mountains, you must register at the border post.

Near the village of Dilove, in the Krugly tract, on both sides of the road there is a geodetic sign and a stele of the geographical center of continental Europe. 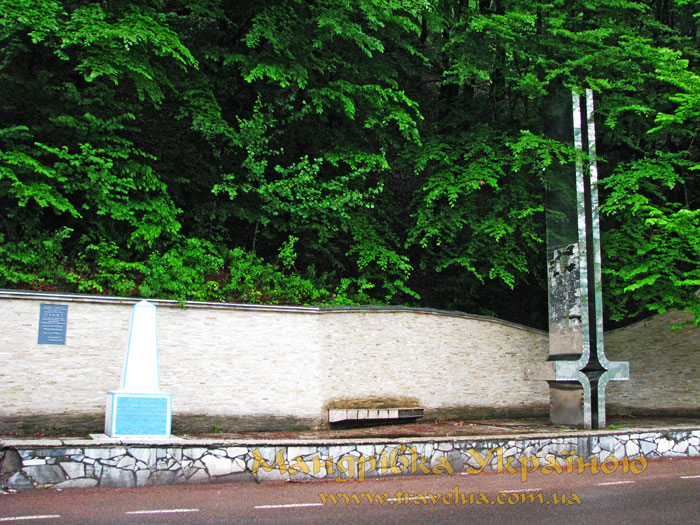 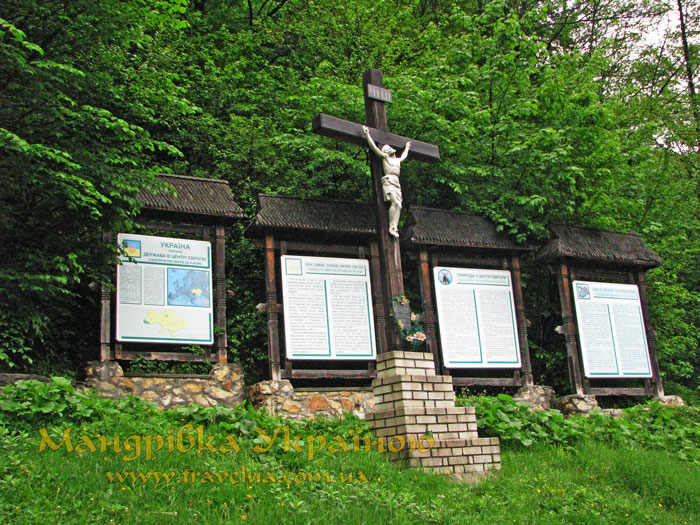 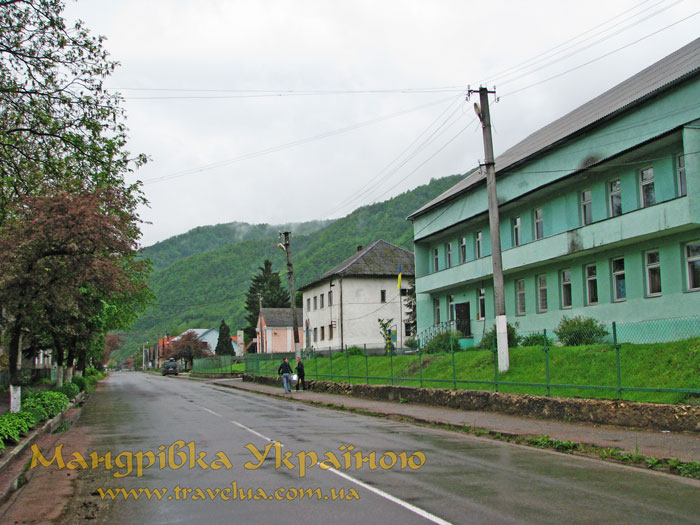 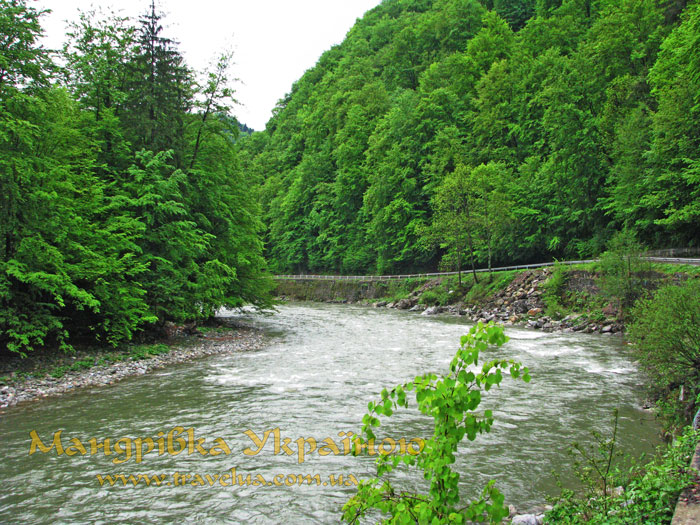 A geodetic sign in the form of a truncated pyramid was installed here in 1887. An inscription in Latin was carved on a rectangular pedestal: MD CCC LXXXVII ”, which means – Permanent, exact, eternal place. Very precisely, with a special device made in Austria-Hungary, on a scale of meridians and parallels, the center of Europe is set. The year is 1887 ”.

Since the sign looks quite modest, it was decided to supplement it. The development of the project was entrusted to the architect-artist SS Kozuraku. On May 27, 1977, a 7.2 m high stele was erected near the old sign. The parallel lines of the stele symbolize the four corners of the world, and the layer – the planet Earth. There are always a lot of people who want to be photographed.

A native of Dilovy is “Transcarpathian Ostap Vyshnya“, known under the pseudonym Mark Barabola – a writer, satirist, and a teacher by profession – Rozniychuk Ivan Fedorovich.